Italian Chocolate Desserts – Find Out The Best Of Dessert Making 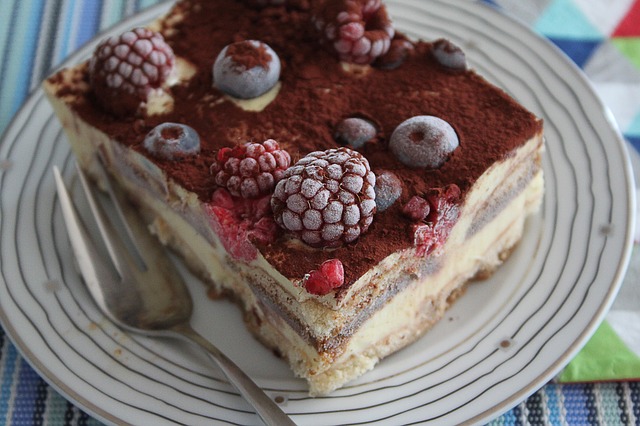 With roots dating back to the 4th century BCE, Italian food has evolved throughout centuries of social and political development. If it wasn’t already evident, Italy adores chocolate, and this collection of chocolate dessert recipes will make it even clearer. To appreciate the country’s love affair with chocolate, look no further than Francesco Bracali’s beautiful Shapes, tastes, and textures of a chocolate recipe. Chocolate is an important aspect of Italian dessert culture, and Italian cooks are experimenting with it in new ways these days. In this article, we have discussed some of the best desserts that you can prepare right at home.

This delectable Italian cake has a deep almond and chocolate flavor with a strong rum and coffee aftertaste. Eugenio Gollini created it in 1907 and dedicated it to Jacopo Barozzi da Vignola, a notable 16th-century architect. The cake’s recipe is still a closely guarded secret known only to the Gollini bakery’s descendants. The cake is traditionally served for breakfast with coffee or tea on the side, but the rich tastes also make torta Barozzi a great match for custards or vanilla ice cream.

Torta Sette Veli (cake of the seven veils), named after Salome’s dance to drive Herod insane with passion, achieves, unexpectedly, similar outcomes. This traditional Sicilian birthday cake is made up of layers of chocolate and hazelnuts that alternate. Chocolate sponge, praline crunch, hazelnut Bavarian cream, chocolate sponge, hazelnut Bavarian cream, chocolate mousse, and a layer of chocolate glaze on top, from bottom to top. It’s still uncertain who invented this delectable cake; some credit Capello of Pasticceria Capello in Palermo, while others credit Luca Mannori of Prato (who won the 1997 Pastry World Cup).

Ottavio Bertinotti, a renowned Canavese master pastry chef, invented the sumptuous, chocolate-laden Torta Novecento (cake nine hundred) to commemorate the turn of the twentieth century, hence the name. This seemingly simple cake, which consists of a mousse-like chocolate filling sandwiched between two layers of cocoa-flavored sponge cake, grew in popularity to the point where Bertinotti, tired of countless knockoffs being passed off as the real thing, patented the secret recipe for Novecento in 1964. He sold the rights to the recipe to Umberto Balla, the creator, and proprietor of Pasticceria Balla, in 1972. Since then, his family-run pastry store has been producing the famed Torta 900, establishing itself as a culinary icon in Ivrea.

Are you looking for some interesting Italian recipes? We hope the items we have mentioned above help you with that choice. “Less is more,” as the saying goes, but when it comes to chocolate, we believe “more is more.” Torta Barozzi, Torta Setteveli, Torta Tenerina, Baci di Alassio, Gelato al cioccolato fondente, Gelato cioccolato, and Tartufo di Pizzo are some of the most popular Italian chocolate sweets that you should absolutely taste. Italian desserts are the most common, delicious, and high in demand desserts, which can even be eaten before dinner or main meal.